Posted 10 years ago1 year agoIn On the Road 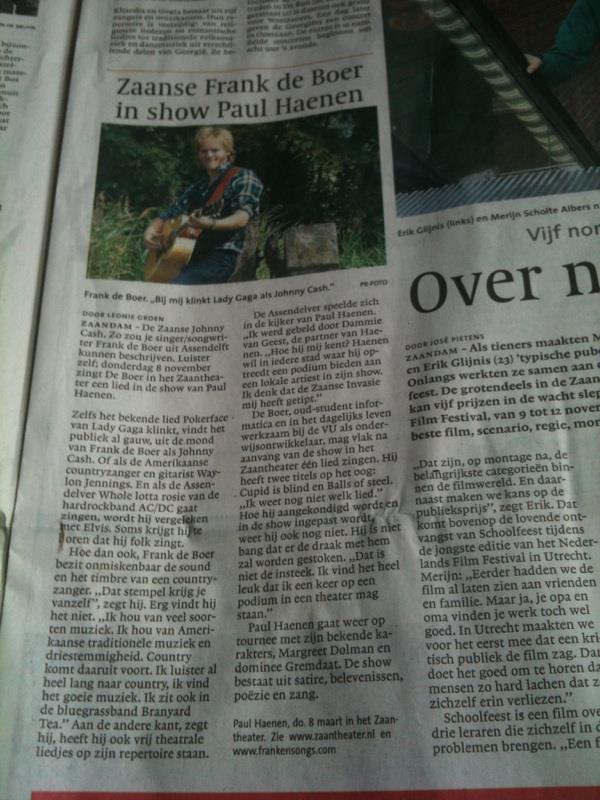 I’ve just been called ‘The Dutch Johnny Cash’ in a Dutch newspaper!

It’s an article about my appearance in Paul Haenen’s show in the Zaantheater. Haenen is a well known comedian and actor. I grew up hearing his voice as Bert in the Dutch version Sesame Street.

The show was a lot of fun to be a part of. I was subjected to a very amusing interview before I sang ‘Balls of Steel’. Later on we did a little duet, with Haenen performing ‘background vocals’ in character as Margreet Dolman on ‘This Side Up’.

I’d like to thank Paul, his crew and the audience for a great evening.

For the Dutch readers and the people involved: Bedankt!

Here is a videoclip of part of the performance.

2 Replies to “The Dutch Johnny Cash”

Best. Song. Ever. Can I download it? It’s not on iTunes 🙁

Well, it’s not on iTunes yet, but you can download it from bandcamp with the following link: Balls of Steel