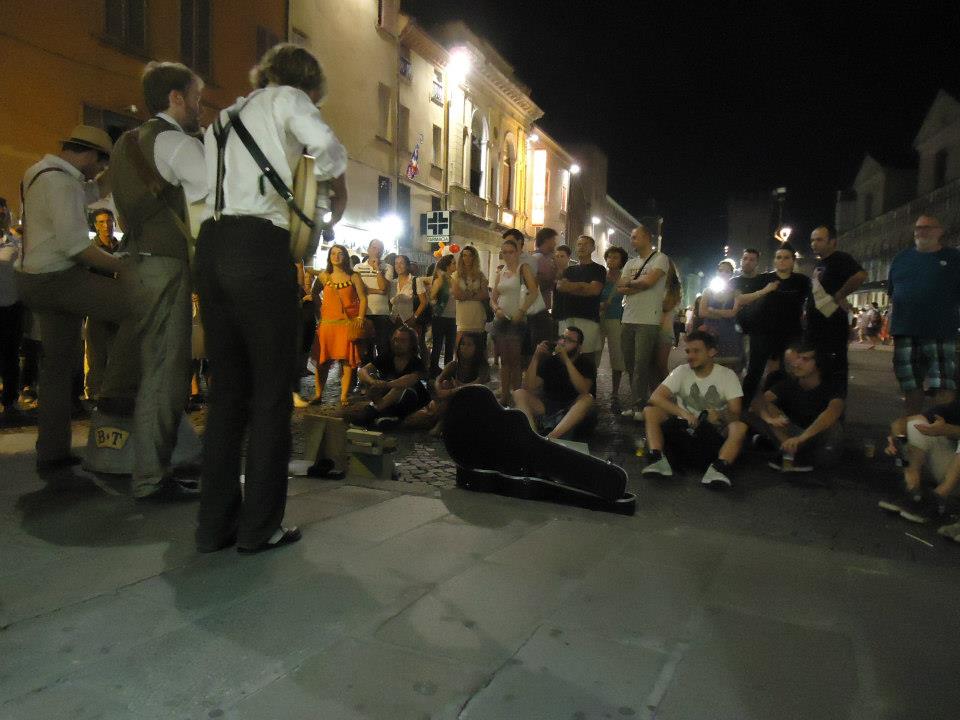 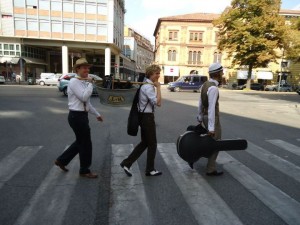 As the festival progressed, we played over a hundred short shows, went to Ravena, swam in the Adriatic Sea, visited Dante’s grave, played, played, played and played some more. we met more musicians, became known as the ‘tutti bionde’ guys singing Amazing Grace, ate pumpkin stuffed Capelacci and fully embraced the Italian way of life. The Naked Truckers were sent back to Hungary for running around town naked. They were banned from Ferrara. Their lively presence was sorely missed, but I’m sure they had quite the story to tell back in Budapest.

After a while, the Irish band ‘No Crows’ joined the ranks. I’ve been a fan of the traditional Irish band Dervish for years. I’ve listened to their live album ‘Live at Palma’ more often than I can count. 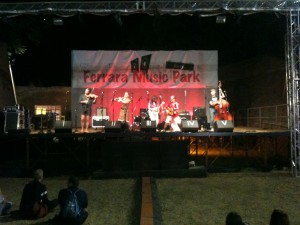 No Crows at Ferrara Music Park

On that album, the singer Cathy Jordan announces the birthday of a certain ‘Felipe’. The first time we started drinking with the No Crows, Mandolin player Anne told me their guitarist is this illustrious Felipe. In a way, I met a mythical figure. The No Crows were really fun to hang out with and I was really impressed with their musicianship.

For street shows, the instruments were put into hobo carts

Throughout the week we met many great people, made new friends and really took in all that Ferrara and Romagna had to offer. We became something of a local celebrity and we were recognized on the streets during our visit to nearby Bologna.