At first I wanted to make an entirely acoustic album. I love the purity and honesty of acoustic instruments. I had a vivid image of what the album was going to be and I had a goofy name: Aliens Ate My Amplifiers. One night I had a vivid dream about this title.

In my dream, aliens came into my house and started feasting on my gear while I was playing a funky riff. The sound emanating from the speakers became more twisted with every bite until it was a spaced out noise. Satisfied with their meal, they left in their rocket ship reminiscent of a ‘50s sci-fi comic and I was left playing acoustically. I exclaimed “Aliens Ate My Amplifiers!”

I woke up, grabbed the strat next to my bed and played what I heard in my dream. The title track was born. 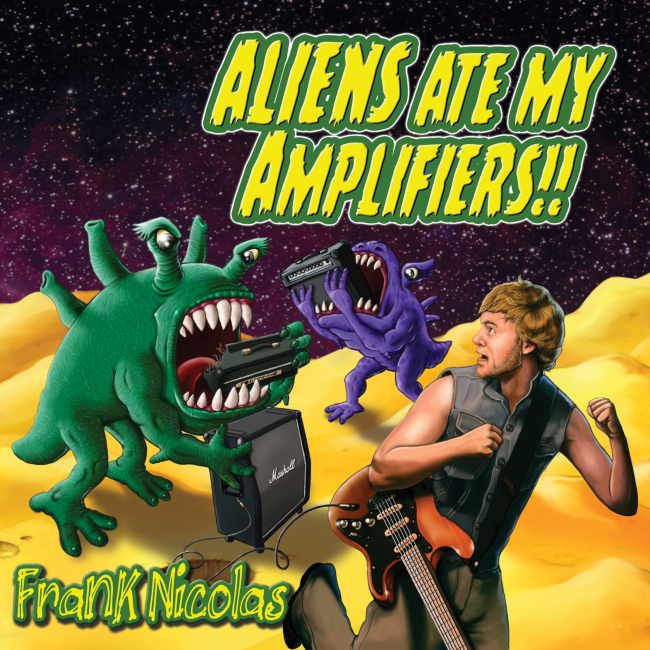